Since the new sports hall has been built in Nova Pazova, a serious work has begun in the club. In 1987, the club became the Champion of the League of Srem, in 1989 the Champions of the Vojvodina League. This year, the senior team won the League of Srem and made its placement in the first league of Vojvodina.

A few years ago the school of handball was rebuilt and filled with new members. In the club, there is a selection of 9 to 14 years. In recent years, a great help and assistance for a professional approach to handball, the club selflessly obtain from the handball club Novi Beograd with which they have sport cooperation. In charge for all teams, is a coach Vladimir Zelić, the player with a long career out of our country and now the coach who brought a modern approach and work in the club. 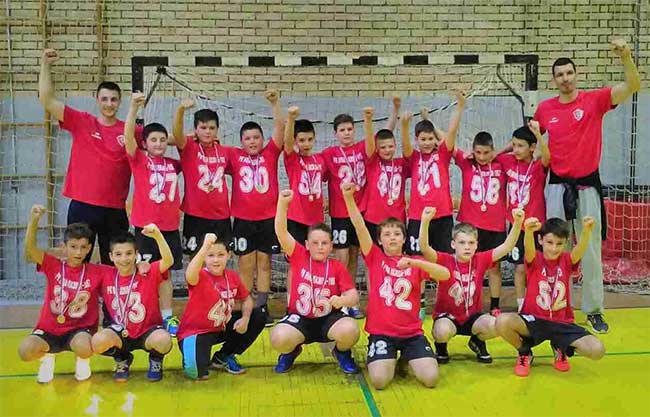 In the “New Belgrade Summer Cup 2017” tournament, they will participate with boys born in 2005, one of the best team in Belgrade. Last season they were vice-champions of Belgrade. They have had already the experience in playing the international tournament "Eurofest" in Slovenia.